Migration has always been the great adventure of humanity and it helped humans to conquer the planet and shape societies. For tens of thousands of years people have been travelling across continents and oceans in search of better lives, new adventures and to escape from enemies. However, the concept of using personal wealth to secure foreign residency and citizenship is relatively new, but it is a growing trend embraced by more and more counties, eager to lure investors immigrants and their wealth.

The world today is arguably in a greater state of flux than any time in recent decades and dangerous flashpoints can be found virtually in every corner of the globe. In response to the persistence of war, civil war, genocide, discrimination and repression, millions of refugees are seeking an escape, and hundreds of thousands of investors-class emigrants are joining them by seeking 2nd passports.
Vast swaths of the Middle East and North Africa are embroiled in civil war and political instability and risk are spreading as 1.5 million migrants and refugees entered Europe over the past year. Several European countries have closed their borders, their soldiers are patrolling behind barbed-wired fences and they have reintroduced passport controls. The Ukraine is battling an insurrection and Russia is flexing its military muscles within Europe.
South Africa is facing mounting obstacles in the form of massive corruption, government mismanagement, nepotism, a weakening currency, a slow grind to junk status, huge financial and currency risks. Brazil’s economy shrunk by 4% last year and its President is facing impeachment. China is embroiled in military adventures in the South China Sea, faces a hard economic landing and is clamping down on individual freedoms. Elsewhere, North Korea is threatening to engulf the region in a nuclear firestorm and Mexican and Central American drug lords are pushing countries towards failed-state status.
While political instability and violence forces most investor class emigrants physically to move to their host countries, for many others, a 2nd passport is seen as an insurance policy against future risks. They prefer to remain in their home countries but like to have an alternative in case things go wrong. Many Hong Kong residents who left before the China takeover in 1999, returned within a few years after they obtained a second passport and thousands of Lebanese Canadians returned to Lebanon after obtaining Canadian citizenship. Hundreds of thousands of South Africans own 2nd passports, including about 800,000 with British passports, but remain in South Africa – for them, it’s a great place to live, but they appreciate to have an alternative.

The second most important driver for 2nd passports is the quest for a better economic future and financial security. High net worth individuals, which epitomizes the typical citizenship-by-investment emigrant, is financially independent and often has a million dollars in a bank account in their home country. Because of various challenges symptomatic to most developing and under-developed countries, these individuals seek to live better, send their children to better schools, enjoy cleaner air, have access to better healthcare, have an acceptable level of personal security. 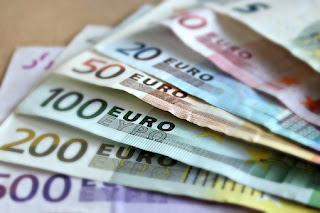 In addition, they seek to preserve their wealth from being expropriated and controlled by unscrupulous and corrupt governments, and from the ravages of crippling inflation and currency depreciation. Mostly it is a combination of these socio-economic conditions that motivates emigrants, for example, Chinese emigrants leave in search of better education for their children, escape dangerous levels of pollution and authoritarianism. Emigrants from Russia, South Africa and Brazil seek to escape high levels of violent crime and corruption – 60% of South African emigrants list the 9th highest murder rate in the world as the main reason of why they emigrated. 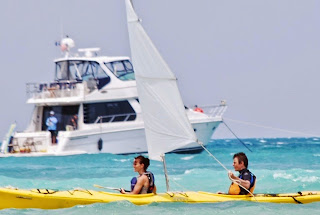 For many investor-class emigrants, especially those from first world countries, the quest for residency and citizenship is sometimes driven by the desire to retire in a lifestyle that is comfortable, affordable, with low housing and healthcare costs, relative safety, and basic comforts such as internet and cable services. In addition, they prefer countries that are basking in year-round sunshine, with cheap golf courses, great restaurants, cultural activities and good air travel connections.  Popular citizenship by investment countries that cover many of these requirements include Panama, Costa Rica, Belize, many Caribbean island states, the Southern Mediterranean, Mauritius and the Seychelles. Low-cost, high quality medical care is available in Costa Rica, Panama, Grenada, Mauritius, Spain, Portugal, Malta, Cyprus and attract many retired expats. In addition, countries such as Panama and Ecuador offer retirees discounts in restaurants, hotels, cinemas, clinics, pharmacies ranging from 10% to 50%.

While about US$21 trillion is held in offshore tax havens and another $1tn per year flows out of developing countries, investors do not have to become residents or citizens in these countries to enjoy the benefits of tax haven status. However, investor-class emigrants have to be physical residents or citizens to benefit from the low or zero taxes, and this is another driving force for expatriates to invest and settle down in far-away tropical islands and low-profile countries. Countries such as Belize, Bahamas, Costa Rica, Monaco have little or no income, capital gains, inheritance or gift taxes.

The South African Rand, the Brazilian Real and the Ruble have all declined by 50 – 66 per cent over the past two years. A constantly weakening currency and especially the expectation of further declines, make it difficult to accumulate sufficient foreign exchange to meet investor-class criteria and encourages emigrants to expedite their departure. With South Africa facing a further downgrade to junk status later this year, prospective investors-class emigrants are getting restless as their Rand assets decline in value on almost a daily basis. The classic case in this regard is Zimbabwe a few years ago, when the currency declined to more than 1Trillion to 1US$, making it impossible for any remaining, previously wealthy, emigrants to leave, or worse to stay, as Zimbabwe spiraled into a hyperinflation equal to Germany in the 1930s.

When countries such as China, Russia and South Africa face major capital outflows, the temptation exists to stem the outflows of money through capital controls. Few things evoke more panic among potential emigrants than not being able to export their capital and this is a big incentive for investor-class emigrants to circumvent or pre-empt controls. The strict apartheid-era forex controls during the 1980s still resonate with white South Africans who were forced to smuggle out money or leave behind most of their capital. 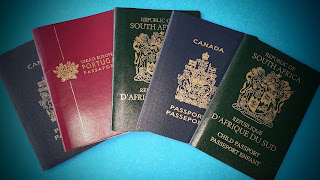 Powerful 2nd passports are sought-after travel documents for thosedesperate for the security and mobility that they present. Anyone who has ever applied for a Schengen, Canadian or American visa knows what a painful, bureaucratic and expensive annoyance this can be. For the convenience, the mobility and the insurance it offers, there is a huge demand for ‘powerful’ passports that provide visa-free travel. The passports of most developed states and even those of some smaller stable countries eliminate many onerous visa restrictions and in this regard, any passport that allows visa-free travel to the Schengen zone is especially popular.


South African passports are relatively weak and allows visa-free travel to only 94 countries out of a possible 218, Russians to 95, India to 52, Iran to 40, China to 44 and Afghanistan to 25. On the other hand, German citizens possess the world’s most powerful passport and can travel visa-free to 177 countries, Canadians to 172, the UK to 175, Portugal 172, Malta 163, the U.S. 174. Even some countries in the Caribbean such as Antigua & Barbuda have powerful passport that allows for visa free travel to 134 countries, including the Schengen area. Read more about the best visa-free passports at: https://www.henleyglobal.com/international-visa-restrictions/